I feel I will always owe Ned Katz an enormous debt of gratitude for this early classic compendium on gay and lesbian history in the USA. First, he is both sincere and thorough in his feminism and ... Read full review

Jonathan Katz, best known as Comedy Central's Dr. Katz, was born in Canada and raised in Brooklyn, New York. He attended Goddard College in Plainfield, Vermont. Katz worked as a standup comic before creating an animated short for Comedy Central, A Biography of Mr. Katz. It was renamed Dr. Katz, Professional Therapist, and became an Emmy-winning television show guest-starring many top comedians, such as Gary Shandling, Steven Wright and Janeane Garofalo. The success of the show led to the book Comedy Central's Dr. Katz: Hey, I've Got My Own Problems and the audiocassette Dr. Katz's Therapy Sessions. His book, The Big Truck That Went By: How the World Came to Save Haiti and Left Behind a Disaster, won the Cornelius Ryan Award. 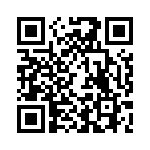