Anthea Taylor is a Senior Lecturer in the Department of Gender and Cultural Studies at the University of Sydney. She is the author of four monographs in feminist media and cultural studies, the most recent of which is Postfeminism in Context: Women, Australian Popular Culture, and the Unsettling of Postfeminism (with Margaret Henderson, Routledge, 2020). Her book on Germaine Greer, celebrity, and the archive is forthcoming with Routledge.

Joanna McIntyre is a Lecturer in Media Studies at Swinburne University of Technology, Melbourne. She has published extensively in the fields of media studies, trans studies, celebrity studies, and queer theory, including in the European Journal of Cultural Studies. Her monograph, Transgender Celebrity, is forthcoming with Routledge. 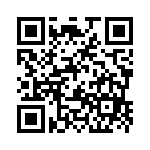