A wonderful look at a local area unlike any I have come across before. The blending of beautiful photography and stories make this a 'must have' for anyone that has lived/visited the area. Stimulating on the eyes and mind, Green Wedge provided more than first anticipated, the exploration of the area's history and future has opened up conversations I would not have previously had.

A former journalist, Imran is inspired by everyday occurrences and lived experiences. After moving to Australia in 2008 from Bangladesh he was confronted by the language barrier and found it difficult to tell people's stories in an unfamiliar language. To overcome this obstacle Imran turned to photography as a new outlet to communicate, and rediscovered a medium he had always been passionate about.While studying photography at Melbourne Polytechnic, Imran worked on a variety of short and long term personal projects.? In 2017, he was awarded a Mobility Grant from the State Government of Victoria, which allowed him to travel to Japan and document daily life there.In 2018, Imran participated 7days storytelling workshop with famous documentary photographer William Yang. Through projected photographs he performed 'The Story Only I Can Tell' at Wyndham Cultural Centre along with Willian Yang.He was also nominated for 'Place Patterns' project in 2017 which a cultural development project presented by Wyndham City with support from Creative Victoria. As part of the project in 2018, he published a book named 'Same/Different' and public exhibition of the photos. SAME/DIFFERENT is a photographic investigation into the cultural habits of new and old Australian as revealed by idols attached to their rear-view mirrors. Over the course of three years photographer Imran secretly documented the trinkets he observed in vehicles around Wyndham City hanging from mirrors or sitting on dashboard.In 2019, he was nominated Emerge Cultural Ambassador of Multicultural Arts Victoria. He is also facilitator of Photography at Saltwater Art Studio at Point Cook.He was the recipient of Wyndham Arts Assist grant of his exhibition of 'Green Wedge' exhibition and this book, he got fund from Multicultural Arts Victoria and Gandel Philanthropy.'Green Wedge' project is to capture the transformation of Werribee South as new residential development encroaches on existing farmland. 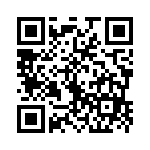