Darren Wershler is Concordia University Research Chair in Media and Contemporary Literature in Montreal and a published poet. 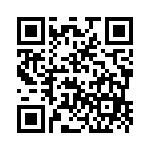