First Line: "Beware of sadness," George Harrison sang in one of his most beautiful ballads. George Harrison may have been known as the Quiet Beatle, but his accomplishments speak loudly. Singer ... Read full review

George Harrison once half-jokingly referred to himself as an "economy-class Beatle." Many music fans and writers took that label to heart, recasting Harrison as little more than a serviceable sideman ... Read full review 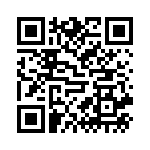