\Manning Clark was a senior lecturer at the University of Melbourne, and later, professor of history in the School of General Studies, Australian National University. In 1972 he became the first professor of Australian history. In June 1975 Clark was made a Companion of the Order of Australia, in recognition of his writing of the monumental A History of Australia. He was named Australian of the Year for 1980. Professor Clark died in May 1991. 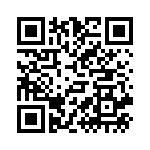