HOW TO SEE THE WORLD: An Introduction to Images, from Self-Portraits to Selfies, Maps to Movies, and More

A semiotics for the masses. Mirzoeff (Media, Culture, and Communications/New York Univ.; The Right to Look, 2011, etc.) has been instrumental in establishing the field of visual culture studies. His ... Read full review

Nicholas Mirzoeff is Professor of Media, Culture and Communication at New York University. His book Watching Babylon, about the Iraq war as seen on TV and in film, was described by art historian Terry Smith as 'a tour de force by perhaps the most inventive - certainly the most wide-ranging - practitioner of visual culture analysis in the world today.' 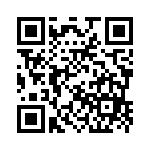