Isabella Bedem Duque (Issy) is the author and illustrator of this book and unique book series. She is a seven year old who's dream of becoming a published author was inspired at the age of six when her mother mentioned she was going to become an author, so Issy asked if she could be one too. Her mum said "yes, but you better start writing" and Issy started writing all sorts of books until 'If I Were an Animal' book series was born and chose to publish it.Issy is passionate about arts, crafts, reading and writing. With a dream of becoming a published author before turning 7 years old, she created too many rhymes and drawings for just one book, so needed to be split up. This created the first two books (Farm and Zoo) and left all of the water animals for later books. This is how the book series was created and the names of the books were decided. In April 2019, after starting year two, before her 7th birthday, she published the Farm and Zoo books. Later in November 2019 she continued the series by writing and illustrating the Ocean and Jungle books. 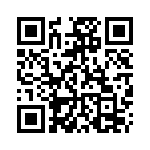