Dr. David F. Winkler has been a historian with the Naval Historical Foundation since 1996 where he was first employed while pursuing his doctorate degree at American University. A native of Maywood, New Jersey, Winkler received his commission through the NROTC program at Penn State in 1980 and qualified as a Surface Warfare Officer serving in USS Suribachi (AE 21). Retiring as a Commander in the Navy Reserve in 2008, Winkler eventually wrote the centennial history for the Navy Reserve in 2014 as well as Amirs, Admirals and Desert Sailors published by the Naval Institute in 2008. Married, winkler lives with his wife Mary and daughters Katherine and Carolyn near Mount Vernon in Virginia. 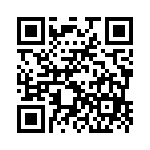