Laurel Evelyn Dyson, Ph.D., is a lecturer in information technology at the University of Technology, Sydney, Australia, where she is one of the founders of the Indigenous Participation in Information Technology Project. As part of this project, Dr. Dyson led the successful introduction of the first university information technology tertiary preparation course for Indigenous people in Australia. Having lived on the other side of the Digital Divide until a few years ago, her mission is to assist others to master the tools of the Information Age. In this role, her teaching has included computer education programs for Indigenous Australians, senior citizens, adult literacy students, and prisoners. In total, her experience in university and adult education spans a period of over two decades, with a focus on language, study skills, university preparation courses and lately information technology. She has published one book and a number of book chapters and research papers, has been interviewed 13 times about her research for radio and the press, and has had 33 reviews of her work in the media. Currently, she is leading the evaluation, for UNESCO, of their ICT4ID Project involving Indigenous people and information and communication technologies in Africa and Latin America.

Max Hendriks lectures in information technology at the University of Technology, Sydney, Australia, where he is also currently completing a master?s degree in internetworking science. He has been an educator for over 35 years and taught all grades from pre-school through to university postgraduate students, as well as holding senior executive positions in education. He is involved in the Indigenous Participation in Information Technology Project at the University of Technology, Sydney, and took an active role in the development and delivery of the university?s first Indigenous pre-IT program.

Stephen Grant holds an academic position at the University of Technology, Sydney, Australia, where he is in charge of mentoring Indigenous students in the Indigenous Participation in Information Technology Project. He was recently presented with a university Equity, Social Justice and Human Rights Award for his work in the program. He is one of a handful of qualified Indigenous IT professionals in Australia, with qualifications and industry experience in engineering and IT as well as in Indigenous affairs. Since joining the University of Technology, Sydney, he has added to his networking industry certification by becoming a qualified networking instructor as well as commencing a Master of Science in Internetworking, making him one of three Indigenous IT postgraduate students in Australia. [Editor] 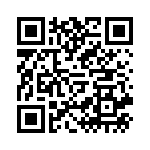