Published in 1998, "Juárez: The Laboratory of Our Future" is essentially an expanded magazine article by Charles Bowden on his impressions of Ciudad Juárez as reflected by various freelance ... Read full review

Charles Bowden is the author of fourteen books including Blood Orchid: An Unnatural History of America; Desierto: Memories of the Future; Red Line; Blue Desert; and (with Michael Binstein) Trust Me: Charles Keating and the Missing Billions. He is contributing editor of Esquire, and also writes for other magazines such as Harper's and The New York Times Book Review, as well as for newspapers. Recently he won the Lannan Award and the Sidney Hillman Award. He lives in Tucson, Arizona, and is currently at work on a new book entitled, A Borderline Case.

Noam Chomsky has written and lectured widely on linguistics, philosophy, intellectual history, contemporary issues, international affairs, and U.S. foreign policy. His works include: Language and Mind; The Political Economy of Human Rights, Vols. I and II (with E.S. Herman); Rules and Representations; On Power and Ideology; Language and Problems of Knowledge; The Culture of Terrorism; Manufacturing Consent (with E.S. Herman); Necessary Illusions; and Reflection on Propaganda. He has been a professor in the Department of Linguistics and Philosophy at MIT for more than forty years.

Eduardo Galeano is the author of the trilogy Memory of Fire-- Genesis; Faces and Masks; and Century of the Wind-- as well as Open Veins of Latin America; The Book of Embraces; and, most recently, Soccer in Sun and Shadow (Verso). His books have been translated into eighteen languages. He lives in Montevideo, Uruguay, where he was born. 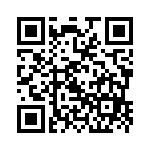