Dr Philip Nitschke was the first doctor in the world to legally administer voluntary euthanasia. He is now director of the death with dignity organisation, Exit International. Born and raised in rural South Australia, Philip studied physics at Adelaide and Flinders universities, gaining a PhD in laser physics. Rejecting a career in the sciences, he travelled to the Northern Territory in 1972 to work with land rights activist Vincent Lingiari and the Gurindji at Wave Hill, and later became a Parks and Wildlife ranger. After a serious accident, Philip turned to a career in medicine, graduating from Sydney University in 1988. He returned to the Northern Territory in 1989 to practise medicine, later becoming involved in the debate that surrounded the passage of the Rights of the Terminally Ill Act in 1995. Philip lives in Darwin 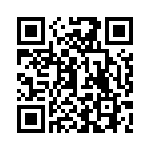