Very well written. A must have to all martial art practitioner.

Kensho Furuya is the resident chief instructor of the Aikido Center of Los Angeles and the Los Angeles Sword & Swordmanship Society Kenshinkai, and he currently holds the ranks of sixth dan in iaido and sixth dan from the Aikido World Headquarters. In 1989, he was ordained as a Zen priest under the Most Reverend Bishop Kenko Yamashita of the North American Headquarters of Soto Zen Buddhism. 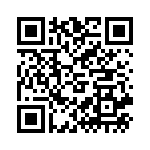