So far an interesting read a well written in such a way that enables you to learn from his life lessons. Read full review

John Howard was the 25th Prime Minister of Australia, serving from March 1996 to December 2007. Despite an early meteoric rise to become Australia's Treasurer at 38, the self-described economic radical and social conservative found himself sidelined by his own party. After many years in the political wilderness, Howard bounced back, led the Coalition to a resounding victory, then got to work on his reform agenda. The Howard Government privatized the previously government-owned telecommunications carrier Telstra, dismantled excessive union power and compulsory trade union membership, instituted the unpopular Goods and Services Tax, trimmed the Public Service and reduced government expenditure, and established the 'work for the dole' scheme. 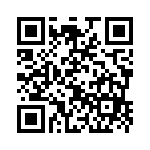