There still exist toys that were made at the concentration camp at Belsen. Here, Miriam, 12, tells of secretly helping the women make these stuffed figures—an owl, a patchwork elephant- -for a party ... Read full review

Julie Vivas was born in 1947 and raised in Australia. After college, Vivas spent some time living in Spain and later exhibited the drawings she had made there in Sydney. She got a job working on illustrations for Hush the Invisible Mouse, later to become Possum Magic, as well as illustrating The Tram to Bondi Beach, which was Highly Commended in the Children's Book Council of Australia Picture Book of the Year Award in 1981. Possum Magic, published by Omnibus Books, was a runaway all-time best-seller, published around the world. It was also the NSW Premier's Award-winner and Winner of the 1986 IBBY Diploma for Illustration. The Very Best of Friends won the CBC Picture Book of the Year in 1990 and Let the Celebrations Begin! was short-listed for the same award in 1992. Also to her credit, Vivas was honoured with the prestigious Dromkeen Medal in 1992 for her contribution to the appreciation of children's literature. Vivas has also illustrated Wilfrid Gordon McDonald Partridge; and I Went Walking; Our Granny and wrote and illustrated The Nativity. Let's Eat! marked a return to Julie's Spanish experiences. It was short-listed for the 1997 Children's Book Council of Australia Picture Book of the Year Award. 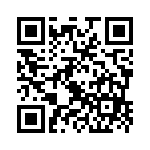