Riaz Hassan is Emeritus Professor of Sociology at Flinders University, Adelaide, Australia and Visiting Research Professor at the Institute of South Asian Studies National University of Singapore. His research interests include suicide terrorism, housing, and Muslim Societies. His recent books include Faithlines: Muslim Conceptions of Islam and Society (Oxford University Press, 2004) and Inside Muslim Minds (Melbourne University Press, 2008). He is a Fellow of the Academy of the Social Sciences in Australia, and a member of the Order of Australia. 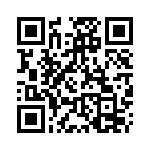