Excellent. Best book out there that I know of on public reception of climate change. Unfortunately it appears to be greatly misunderstood by many of the contrarian persuasion, who seem so eager to criticise it in comments on contrarian websites but not so eager to actually read the book (it is very easy to tell that many of them haven't read the book just from reading their overly defensive response to it). This book is not so much concerned with the science of climate change itself but how it is that societal relations influence our perceptions and ways of dealing with climate change. It is relevant to both sides of the climate change debate. Surely it is worth examining how it is that we come to perceive climate change in a particular manner, regardless of whether you believe or don't.

Kari Marie Norgaard is Assistant Professor of Sociology and Environmental Studies at the University of Oregon. 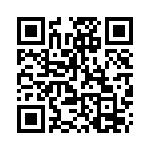