Martha Saxton is an assistant professor of history and women's and gender studies at Amherst College. She is the author of several books, including Louisa May Alcott: A Modern Biography. She lives in New York City. 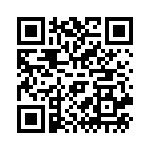