I apologize to both authors and publisher for being late with this review. This is an excellent book, rife with examples ranging from a charter school affiliated with KIPP that had to close its doors ... Read full review

I received a free copy of this book through the Library Thing Early Reviewers Program. All opinions expressed are my own. I have to say that this book is not exactly what I expected, through no fault ... Read full review

Named a “Master of Disaster” by Newsweek and the “Master of the Political Dark Arts” by The New York Times, Christopher Lehane is a partner in the strategic communications firm Fabiani & Lehane, which provides high level counsel to corporate, entertainment, political and professional sports clients facing complex challenges typically involving some combination of the law, finance, government affairs and communications. His firm has represented the likes of Goldman Sachs, Lance Armstrong and Hollywood studios. Lehane, whose career began in Democratic politics and who continues to be active as a political consultant, served in various positions in the Clinton-Gore Administration during the 1990s, including Special Assistant Counsel to President Bill Clinton, Press Secretary for Vice President Al Gore and Counselor to Housing and Urban Development Secretary Andrew Cuomo (now the Governor of New York). A Lecturer in Management at the Stanford Graduate School of Business, Lehane is a regular commentator and speaker on the art of damage control. He graduated from Harvard Law School in 1994 and from Amherst College in 1990 and lives in San Francisco, CA with his wife, Andrea, and two sons, Dominic and Quincy.

Bill Guttentag is a two-time Oscar-winning feature film and documentary writer-producer-director. His films include the dramatic features Live!, starring Eva Mendes and Andre Braugher, and Knife Fight starring Rob Lowe, Julie Bowen, and Carrie-Ann Moss. His documentary features include Nanking, which premiered at the Sundance Film and Festival and Soundtrack for a Revolution Soundtrack for a Revolution which had its international premiere at the Cannes Film Festival.

In 2003 he won an Oscar for the documentary Twin Towers. He has also has received a second Oscar, three additional Oscar nominations, a Peabody Award, three Emmy Awards, two Writers Guild Award nominations, and a Robert Kennedy Journalism Award. His films have been selected for the Sundance Film Festival three times, and have played and won awards at numerous American and international film festivals. They have also received a number of special screenings internationally and in the US, including at the White House.

He was an executive producer and creator of the non-fiction series Law & Order: Crime & Punishment which ran for three seasons on NBC. His first novel, Boulevard, was published by Pegasus Books/W.W. Norton in 2010. He was a John S. Knight journalism fellow at Stanford University and since 2001 he has been a lecturer at the Graduate School of Business at Stanford. 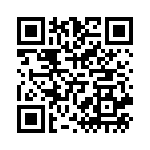