Within the first few chapters I thought that this book might become one of those that I proselytise for; at the end of it, I find myself fighting the urge to order ten more copies so I can pass them ... Read full review

Several insightful stand-alone essays that discusses the values of permaculturalists, exposes the environment destroying and small-farm harming machinations of Big Meat, and critiques the anti-meat zeitgeist of the animal rights movement and environmentalist circles.

Simon Fairlie worked for twenty years variously as an agricultural labourer, vine worker, shepherd, fisherman, builder and stonemason before being ensnared by the computer in 1990. He was a coeditor of The Ecologist magazine for four years until he joined a farming community in 1994 where he managed the cows, pigs and a working horse. He now runs a micro dairy at Monkton Wyld Court, a charity and cooperative in rural Dorset. Simon is a founding editor of The Land magazine, and he earns a living by selling scythes. He is the author of Low Impact Development: Planning and People in a Sustainable Countryside (1996) and Meat: A Benign Extravagance (2010).

Over the course of his long life and career as a writer, farmer, and journalist, Gene Logsdon published more than two dozen books, both practical and philosophical, on all aspects of rural life and affairs. His nonfiction works include Gene Everlasting, A Sanctuary of Trees, and Living at Nature’s Pace. He wrote a popular blog, The Contrary Farmer, as well as an award-winning column for the Carey, Ohio, Progressor Times. Gene was also a contributor to Farming Magazine and The Draft Horse Journal. He lived and farmed in Upper Sandusky, Ohio, where he died in 2016, a few weeks after finishing his final book, Letter to a Young Farmer. 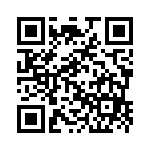