Iris Levin is a post-doctoral researcher who has recently completed a large research project at Flinders University and is about to commence a new project at Tel Aviv University. 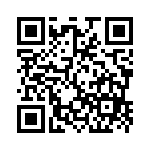