Richard Harrold has been practicing Buddhism for about 20 years, in the Thai Forest Theravada tradition. His blog, "My Buddha Is Pink," which ran from 2009-2014, offered a pioneering gay Buddhist perspective for Western practitioners. The blog continues to have visitors and has accumulated nearly 200,000 pageviews since its launch. The essays here are based on that blog and his long practice, including five years under the guidance of Ajahn Khemasanto at Wat Dhammasala Forest Monastery in Perry, Michigan. 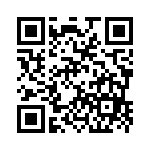