Shannon Murdoch holds a first class honors degree in Theatre and Creative Writing from Griffith University, Queensland, and is a graduate of The Playwrights Studio at the National Institute of Dramatic Art, Sydney. She has been a professional playwright for six years. In addition to the Yale Drama Award, her play New Light Shine was selected for the National Play Festival 2011 in Sydney. She lives in Melbourne, Australia. 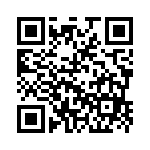