Ken Inglis is a visiting fellow at the Australian National University. He has been a Professor of History at the ANU and at the University of Papua New Guinea. Craig Wilcox, a former student of Inglis's, was a Fellow at the Sir Robert Menzies Centre for Australian Studies at the University of London when he edited this book, wrote its introduction, and compiled its comprehensive bibliography of Inglis's writing.

About the editor- Craig Wilcox is a historian who is currently writing a history of Australia's part in the Boer war. He studied history at the University of New South Wales and at the Australian National University, where he wrote a doctoral thesis partly under the supervision of Ken Inglis. His first book, For hearths and homes- citizen soldiering in Australia 1854-1945 was published in 1998. 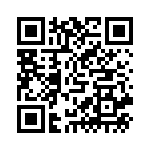