Page 3 - ... petroleum products needed in and available from the friendly foreign nations. These estimates will include the type of facilities needed and available for the production, processing, storage and distribution of petroleum and petroleum products. Evaluate this information in light of criteria furnished by the Office of Civil and Defense Mobilization, the Department of Defense, and other interested agencies and develop supply and demand forecasts pertaining to petroleum, petroleum products, and...
Appears in 13 books from 1946-2007

Herman Kahn (1922-1983) was a renowned political scientist, economist, historian geo-strategist, and considered by many to be the founder of futurology as a serious field of study. Associated for many years with the RAND Corporation, he was the founding director of the first independent “think tank,” the Hudson Institute. Among his many books are Thinking About the Unthinkable, The Year 2000, The Next 200 Years, The Coming Boom, The Resourceful Earth, and On Thermonuclear War.

Evan Jones is Herman Kahn's nephew. He is an historical analyst and game designer specializing in strategic simulations. He worked at the Hudson Institute in the mid-70s, primarily doing research used in The Next 200 Years. 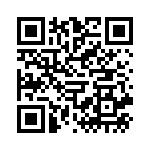