Really having fun with this book....and because I have kids that fit into the ranges of the book's catagories,this is going to be a fun summer exploration! Read full review 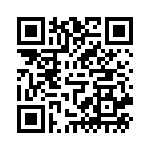