This is a very sweet, human and simply - yet subtly - told tale of two people meeting each other in old age. The language is the sublime, and the tale is the vessel for the content. The care...the ... Read full review

My second read by Kent Haruf: he does a wonderful job of bringing to life the experience of old age. Here, two lively but aging neighbours, both widowed, begin a tentative, platonic relationship ... Read full review

Kent Haruf was born in Pueblo, Colorado on February 24, 1943. He received a BA from Nebraska Wesleyan University in 1965 and an MFA from the Iowa Writers' Workshop at the University of Iowa in 1973. His first novel, The Tie That Binds, was published in 1984 and won a Whiting Writers' Prize. His other works included Where You Once Belonged, Plainsong, Benediction, and Our Souls at Night. He spent 30 years teaching English and writing at several universities including Southern Illinois University and Nebraska Wesleyan University. He died on November 30, 2014 at the age of 71. 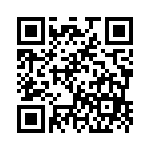