Meera Kosambi is former Professor and Director, Research Centre for Women's Studies, SNDT Women's University, Mumbai. Her other books include Pandita Ramabai Through Her Own Words: Selected Works. 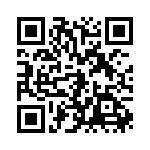