Gordon W. Allport, the chief founder of the psychological study of personality and the informal dean of American psychologists during his lifetime, was born in Montezuma, Indiana. He came East to study at Harvard University, and, while doing social work as an undergraduate, discovered that, in order to help people deal effectively with their problems, he needed a lifelike psychology of human personality. Developing a full-bodied theory of personality that would do justice to the attitudes, values, and traits of the unique individual life became his goal. After graduating from Harvard in 1919, he studied in Germany and traveled in Europe. At the age of 22, he managed a meeting with Sigmund Freud in Vienna, at which Freud mistook his nervous attempt to strike up a conversation by relating an incident he had just witnessed on a train for a confession of his own childhood trauma. This helped convince Allport that depth psychology often erred in slighting manifest motives in favor of probing the unconscious for hidden motives. When he returned to the United States in 1924, Allport was appointed to a teaching position at Harvard, where he remained for most of his career. His research on attitudes, values, religion, group conflict, and prejudice, as well as his extensive writings on what he called an "open system" of personality, are quoted extensively in the contemporary literature of psychology. Allport died in Cambridge, Massachusetts, in 1967. 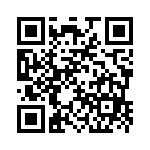