Tough to rate this, since I disagree with Derrida's positions on most things. But this is clear compared to the essays which are being discussed (in English, in Writing and Difference; Margins of ... Read full review

Jacques Derrida is a professor at the Ecole des Hautes Etudes en Sciences Sociales, Paris. His books The Truth in Painting; The Post Card: From Socrates to Freud and Beyond; Writing and Difference; Spurs: Nietzsche's Styles/ Eperons: Les Styles de Nietzsche; Dissemination; Margins of Philosophy of Spirit: Heidegger and the Question; and Given Time: I. Counterfeit Money are published by the University of Chicago Press.

Alan Bass received his Ph. D. from the John Hopkins University and then went on to psychoanalytic training in New York City, where he is now a practicing analyst. He has published and lectured on both deconstruction and psychoanalytic theory and practice. He is the translator of Derrida's The Post Card: From Socrates to Freud and Beyond, Writing and Difference, and Margins of Philosophy, published by the University of Chicago Press. 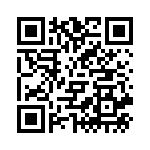