Roslyn Poignant is the author, with Axel Poignant, of Encounter at Nagalarramba and curator of Captive Lives: Looking for Tambo and His Companions, an exhibition for the National Library of Australia. She is an honorary research fellow in the Department of Anthropology at University College, London, and member of the Australian Institute of Aboriginal and Torres Strait Islander Studies. 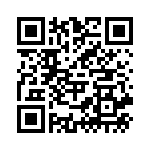