One of the best things about true crime books like RAZOR by Larry Writer is the way that they can inform your understanding of current day events. When you hear the news of Gangland wars gone crazy ... Read full review 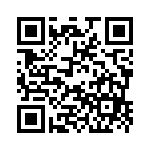