An okay intermediate-level manual of the semiotics of visuals and visual design. Imperfect, and full of a lot of what most people would call "theory gibberish." The most common punctuation is not a ... Read full review

Inspired by Enid Blyton, Martina Reilly started writing when she was eight years old and hasn't stopped since. At eleven years of age, she started writing a series entitled The Gang for the amusement of her friends. Four years later, she found herself working on a novel based on a character from The Gang: Book Four. This book was published years later as Livewire, which won an International White Raven Award and was sold to Germany, Italy and France. More teenage books followed, including Dirt Tracks which won a Bisto Merit Award and was shortlisted for an RAI reading award.
Martina has been writing adult fiction for the past ten years. She enjoys writing for the stage too, and many of her plays have been performed by amateur dramatic groups. Martina is also a drama teacher and actress.
She lives in Kildare with her husband and their two children. 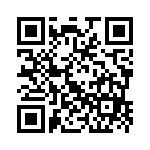