Safdar Ahmed is a lecturer and tutor in the Department of Islamic and Arabic Studies at the University of Sydney, Australia where he also obtained his PhD. 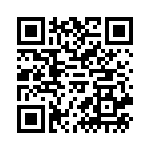