Tom Decorte is professor of Criminology at Ghent University (Belgium) where he is the director of the Institute for Social Drug research (ISD). He has co-founded the Global Cannabis Cultivation Research Consortium (GCCRC) and is currently trustee of the Board of the European Society for Social Drug research (ESSD) and of the International Society for the Study of Drug Policy (ISSDP). Tom Decorte has published widely on patterns of substance use, on the supply side of cannabis markets, and on the development and implementation of local monitoring systems of drug policies. 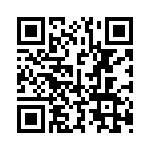