Tom Sorell is Professor of Politics and Philosophy at Warwick University. From 2008 to 2012, he led the European Union FP7 Security project DETECTER (on the ethics and human rights issues surrounding the use of detection technologies in counter-terrorism) and is now leader of several Work Packages in the current SURVEILLE project (2012 15). He is Principal Investigator of the major AHRC project, 'Responsibilities, Ethics and the Financial Crisis' (FinCris), running from 2012 to 2015, and also contributes to the FP7 IT project ACCOMPANY, on robotics and care companions. He has published monographs in history of philosophy, especially on Hobbes and Descartes; moral and political philosophy; epistemology and philosophy of science; as well as several distinct areas of applied ethics. 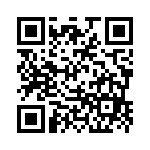