“Sex positive” and "sex negative” is a false dichotomy. I urge the reader to consider each of Tyler’s arguments on their own merits rather than endorsing, or dismissing, a whole text based on any ... Read full review

Meagan Tyler is a Lecturer in Sociology at Victoria University, Australia. She has presented her research on women's sexuality at conferences around the world and her research has been published in Women's Studies International Forum and Women and Therapy. She is also a member of the Coalition Against Trafficking in Women Australia. 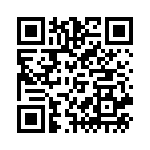