Sex at the Margins: Migration, Labour Markets and the Rescue Industry
Agustín's book originated in the mid 90's with her outreach work on various projects (with asylum seekers, in HIV/AIDS prevention, studies of tourism and migrant sex workers). Her fieldwork was carried out with migrant sex workers in Western Europe, but not exclusively. In Agustín's eloquent chapters, she refers to sex workers coming from Central and Eastern Europe. The examples she uses illustrate the post 1989 boom of sex labourers from South-East Europe (the case of Albanians in Italy) and East-Europe (sex workers from Ukraine, Poland, Romania and Moldova in the UK) migrating to the West.
Her main argument is that sex labourers (of all migrant workers) are often the ones marginalised and infantilised as poor victims without agency. This is due, on one hand, to the helpers' governmentality in the rescue industry (paid or voluntary jobs in Immigration, Social Services, NGOs) who think they are better equipped to rescue the poor. On the other hand, scholars of migration studies do not include sex labourers in their studies leaving that to the victims of 'trafficking' field. This trend explains why sex labourers are often portrayed as victims of trafficking.
Agustín contends that in the changing climate of global flows, transnationalism, and cosmopolitanism an 'emphasis on mobility and flexibility vs. identity and fixed location' allows a shift in the mentality of the helpers and researchers (Agustín, 2007: 45). For example, she argues that cosmopolitanism - 'a thing of the richer' (Agustín, 2007: 44) includes poor travellers, such as working class migrants with low-prestige jobs. Implicitly, migrant sex workers are cosmopolitans too; as empowered as the rich who choose to do something legal or illegal during their migration.
The originality of Agustín's research lies in her ability to take a post colonialist stand to expose the discourses on the conventional use of services (domestic, caring and sex selling services). For example, demand countries such as the UK are the 'pull factor' for domestic, caring and sex work, but the ever changing contexts of families, gender relations, sexualities, consumer attitudes and ideas about what is and what not classed as 'acceptable work' are changing. Yet, the UK government fails to accept these changes and applies one criterion for domestic/care services and another for sex work. Therefore, she argues that only when governments will include sexual labour in their formal services' accounting systems the sex workers' situation will improve in all aspects (e.g. their own safety).
The clarity in her genealogical approach is revealed by her systematic deconstruction of both 'prostitution' and the 'rise of the social', which explains how a Victorian construction of a fuzzy category 'prostitution' has contributed to the creation of a niche industry of rescuing prostitutes. The ascent of the social originated with the idea of philanthropy. Middle-class women were believed to be most able to help the poor, including prostitutes. Prostitutes, needed to be put under systematic social control with the view to eradicate their vile behaviour. Although that failed by the end of the nineteenth century prostitutes were no longer vile and disgusting beings but poor working-class women needing rescuers.
There may be more reasons that motivated Agustín to take an anthropological approach which encapsulated both her ontological view and the empirical work that was to follow. Two reasons for choosing the participant-observer role might explain why. Being an insider of both groups (rescuers and migrants) she questioned the attitudes of those subjects who attached the stigma to the stigmatised migrant sex workers .... read full review on: http://www.newsgrape.com/a/sex-at-the-margins-migration-labour-markets-and-the-rescue-industry/ 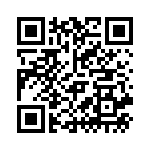