Benjamin Law is the author of Gaysia and The Family Law. He is a frequent contributor to frankie magazine, the Monthly, Good Weekend and QWeekend, and his work has been published in the Big Issue, Crikey, Griffith Review and The Best Australian Essays. He has appeared on Sunrise, Q&A and The First Tuesday Bookclub.

Michelle Law is an AWGIE award-winning screenwriter who has worked on Slide, Flashforward, and the television adaptation of The Family Law. Her writing has appeared in Women of Letters, Destroying the Joint, Growing Up Asian in Australia, Griffith Review, Meanjin and Good Weekend. She is currently working on an ABC documentary about suicide in Australia and writing a collection of memoir essays about illness.

Oslo Davis is an illustrator and cartoonist who has drawn for a number of publications worldwide, including the New York Times, the Age, Meanjin and the Guardian. He has also been commissioned to draw for the National Gallery of Victoria, the Golden Plains music festival, the State Library of Victoria and the Melbourne Writers Festival, among many others. Oslo has two kids and is married to an Asian mother. 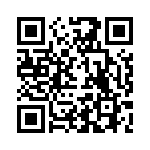