Yes, believe it or not, I actually finished this book. Very interesting, but very dense. Rewards slow reading if you have the patience for it. Read full review

Since nobody else has attempted a review of this culmination of Samuel Schoenbaum's life work, I'll submit a few comments. Suffice it to say that SS has written an exhaustive and sometimes exhausting ... Read full review

About the Author:
S. Schoenbaum is Distinguished Professor of Renaissance Literature and Director, Center for Renaissance and Baroque Studies at the University of Maryland. 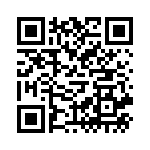