Social dancing in America: a history and reference

Social dancing has never enjoyed the cachet conferred on ballet or other theatrical dance forms, sometimes even when it comes to reference books. That is about to change with Giordano's (history ... Read full review

Ralph G. Giordano is Adjunct Professor of History and American Studies, College of Staten Island, City University of New York. He also holds a license as a professional Registered Architect in the state of New York. He is author of Fun and Games in Twentieth Century America: A Historical Guide to Leisure, (Greenwood, 2003). He has also contributed articles to several historical journals on various topics including Rosa Parks, Thomas Jefferson, Cold War Culture, Swing music, Hip-hop, and the integrated use of popular Culture and History. 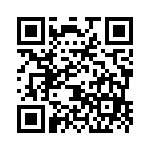