This book was a horrible waste of time. I read this because Robin Baker is apparently a biologist. He also wrote a novel which romanticizes cheating and infidelity on the part of the woman, specifically the "cuckold" fetish. Good God, this book is filled with the same junk.
Robin Baker is clearly into "cuckolding" and unless you're into it too, you will be wasting your time with this horrible book.
He goes so far as to outright lie, saying he did studies in which he found "killer sperm", or sperm that will attack other sperm, this sounded really weird to me, so I did some research and found out he is THE ONLY SCIENTIST IN HUMAN HISTORY to "find" this; many studies have been done before and since and to my surprise, NONE OF THEM found any "killer sperm". There is a word for this type of "scientist", its called "quack".
This book basically says "you will hate sex unless you let your wife cheat on you, then it will be totally awesome and everything will be perfect, because I am a scientist".
My female friends read part of it and laughed at how moronic some of the ideas are. Women don't share his views, even though he says they do.
This book tries to push the cuckold fetish onto the rest of the world, being as how cuckolds are at best 1% of guys, this guy is a moron for trying to do so, and his book is subsequently a terrible read for the rest of us. I feel dirty and like I almost got duped into something completely idiotic.

Robin Baker is a bestselling author in the field of sexual biology whose books include SPERM WARS (Basic, 1996), BABY WARS (Ecco, 1999), and SEX IN THE FUTURE (Arcade, 2000). From 1980-96 he was Reader in Zoology in the School of Biological Sciences at the University of Manchester, and he has over a hundred scientific papers and magazine articles to his name. His work and ideas on the evolution of human behavior have been featured in many television and radio programs around the world. 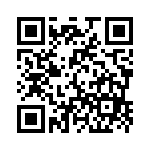