The hermetic tradition claims "As above, so below". Did the ancients mean that literally? Stars, Stones and Scholars shows that many ancient megalithic sites are not tombs, but are remnants of ancient ... Read full review

Stars, Stones and Scholars is a pioneer analysis of prehistoric art, megalithic sites, astronomy, archaeology and the history of civilization. The book title is an intentional play on the title of C.W. Ceram's famous book, Gods, Graves and Scholars, which analyzed the history of archaeology from a quite limited perspective - starting with the Gods and the Graves, placing too much emphasis on the Scholars, and ignoring the study of the Stars and the workmanship of Stones which PRECEDED them. Stars, Stones and Scholars presents the decipherment of the megaliths (standing stones) as an ancient survey of the Earth by astronomy. The book presents initial proofs and discussion claiming that ancient megalithic sites are remnants of ancient local, regional and worldwide Neolithic surveys oriented to the stars. This hypothesis is not even speculative - in ancient days, no other means except astronomy were available for earthly orientation. The book's ca. 40 photographs, 240 drawings and 80 maps show how megaliths were carved and "sculpted" with figures in relief (what can still be made of them) and cupmarks (holes in the stones) to intentionally represent specific stars, constellations and asterisms, long before our modern astrological Zodiac was allegedly known. Megalithic sites from around the world are analyzed and shown to be part of ancient SYSTEMATIC survey systems covering entire regions ca. 3000 BC. The countries analyzed include, for example, England (all the major Neolithic sites including e.g. Stonehenge, Wayland's Smithy, Kents Cavern), Wales (all the major Neolithic sites including e.g. Paviland), Scotland (all the major Neolithic sites including e.g. the Clava Cairns), Ireland (all the major Neolithic sites including Newgrange, Knowth, Tara), Germany (most of the major sites including the Externsteine, Nebra, Gollenstein, Felsenmeer), Benelux (Weris), France (Carnac, Lascaux, Chauvet-Pont-d'Arc), Italy (La Spezia), all the Malta Temples (e.g. Tarxien and the Hypogeum), Scandinavia (Tanum), as well as individual sites in the Baltic, Russia, the Near East, the Far East (China - the Great Wall, and Japan - e.g. Asuka, Kanayama), Africa (e.g. the Central African Republic), Central and South America (Tikal), Oceania (Hawaii), the continental USA (Cahokia, Miami Circle) and Canada (the Peterborough Petroglyphs). Many of these sites are examined and deciphered in great detail showing a site such as the Peterborough Petroglyphs in Canada, for example, to be an ancient map of the heavens and the Ki'i Petroglyphs on the island of Hawaii to be an ancient map of the world. The intent of the author is not so much to convince the reader of the correctness of his analysis, but rather to urge the reader to look at ancient sites and stones differently than before and, for example, to examine old vacation photographs of Stonehenge or similar sites, and see the figures carved on the stones. As far as the interpretation of the megaliths is concerned, there is no question that this is the way of the future.

Page 8 - And on that day," says the Lord GOD, "I will make the sun go down at noon, and darken the earth in broad daylight.
Appears in 115 books from 1957-2008
Page xvii - Gruber without whom the publication of this book would not have been possible FOREWORD MY FIRST meeting with the translator of this book goes back to the year 1947.
Appears in 9 books from 1962-2007
More
Page 8 - If you make your first attempt at horsemanship, let it be early in the morning, and not in the middle of the day, as was the case with me. My friend with whom I was staying was accustomed to take a couple of hours...
Appears in 3 books from 1866-2003
Less 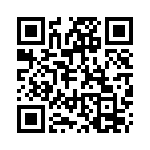