Riaz Hassan is Emeritus Professor at Flinders University in Adelaide, Australia, and Global Professor of Social Research and Public Policy at New York University Abu Dhabi. In an academic career spanning over forty years he has conducted research in a number of areas including sociology of housing, sociology of suicide and Muslim societies. He is a fellow of the Academy of the Social Sciences in Australia and a member of the Order of Australia. 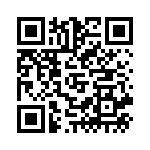