James A. Cosgrove (M.Sc.), a leading expert on the giant Pacific octopus, began scuba diving in 1959. He is a founding member of the Canadian Association for Underwater Science (CAUS) and has provided his expertise to documentary film crews from around the globe. Before his retirement in 2007, Cosgrove worked as manager of the natural history section at the Royal BC Museum. He lives in Victoria, BC. Neil McDaniel has been photographing marine life since

1969 when he learned to scuba dive while completing a degree in marine zoology at the University of British Columbia. After graduation, he worked as an ecology technician at the Pacific Environment Institute in West Vancouver and later became the editor of DIVER magazine. McDaniel currently works as a freelance photographer and cinematographer. He lives in Vancouver, BC. 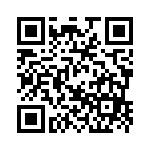