Graeme Turner is an Australian Research Council Federation Fellow and Director of the Centre for Critical and Cultural Studies at the University of Queensland in Brisbane, Australia. He has published widely in media and cultural studies and previous publications include British Cultural Studies: An Introduction (3rd edition 2003), Understanding Celebrity (2004), Ending the Affair: The Decline of Current Affairs Television in Australia (2005), and Film as Social Practice (4th edition 2006),

Jinna Tay is a Research Fellow with the Centre for Critical and Cultural Studies at the University of Queensland. She has published on television in Asia, fashion magazines and journalism and edited the 'Creative Cities' section of the Creative Industries Reader edited by John Hartley. 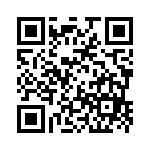