The Art of Peace is a collection Ueshiba's teachings of overcoming aggression in the face of conflict to achieve victory, which can also be applied to all other challenges of life. I read this book ... Read full review

Its a great book. Teaches some very powerful stuff. I mean some stuff is a little confusing to be honest. But its okay youll eventually grasp the concept of it. This book just makes you think about ... Read full review

Morihei Ueshiba (1883-1969) was the founder of Aikido. At age eighteen, Ueshiba joined the Japanese military, during which time he also developed his skills in the martial arts. He eventually left the military, deeply discouraged by the death and destruction that results from combat. Ueshiba continued to experiment with a variety of martial arts, finding particular joy in the spiritual aspects of martial arts. He came to believe that a real warrior was one who was rooted in love, and it was in this spirit that he began to develop Aikido, a martial art that emphasizes harmony and the peaceful resolution of conflict. 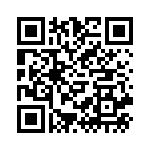