Leo Strauss (1899-1973) was born and educated in Germany, receiving his doctorate from Hamburg University in 1921. He came to the United States in 1938 and taught political science and philosophy at the New School for Social Research for a decade. He joined the faculty of the University of Chicago as professor of political philosophy in 1949 and was eventually named Robert Maynard Hutchins Distinguished Service Professor. Among his many books are The Political Philosophy of Hobbes; Natural Right and History; and Thoughts on Machiavelli, all of which are available from the University of Chicago Press. 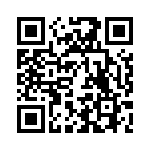