The coming conflict with China

The alarming sound of this book's title rings the second coming of the Cold War. Bernstein and Munro, both seasoned journalists, predict an inevitable conflict with China, which has become the world's ... Read full review

Richard Bernstein, a book critic for the "New York Times," served as "Time" magazine's first Beijing bureau chief. At the "Times," he has been UN bureau cheif, Paris bureau chief, and national cultural correspondent. He has written five books, including two other books on Asia: "From the Center of the Earth" and, with Ross H. Munro, "The Coming Conflict with China," He lives with his wife in New York City.

Munro was Beijing Bureau Chief for the Toronto Globe and Mail and is Director of the Asia program at the Foreign Policy Research Institute. 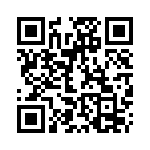