I give the book five stars because of its great insight and its excellent referencing. But be warned! This is not a tome for the light of heart. It assumes a degree of familiarity with early America and its political culture and the writing at times shows a how Wood, at the time this was originally published, 1969, was not as articulate as he would become in his later books, like The Radicalism of the American Revolution and the Empire of Liberty, the latter for the oxford series.
I read this book this year, as a Highschool Senior, I had taken AP American History the year before and I was able to comprehend the history and the interpretation Wood put forth in its entirety. I will not pretend that this is the case for everyone. As I stated above, it is not a tome for the light of heart, but I believe that with enough fortitude, anyone can read this book and understand it, so do not fear its preliminary assumptions of the scholarship of the reader if you truly wish to learn because it is a classic that deserves a spot on the shelf of anyone serious about early american history and political thought.

History professor and award-winning author Gordon S. Wood was born in Concord, Massachusetts on November 27, 1933. After graduating in 1955 from Tufts University he served in the US Air Force in Japan and earned his master's degree from Harvard University. In 1964, Wood earned his Ph. D. in history from Harvard, and he taught there, as well as at the College of William and Mary and the University of Michigan, before joining the Brown University faculty in 1969. Wood has published a number of articles and books, including The Creation of the American Republic, 1776-1787, which won the Bancroft Prize and the John H. Dunning Prize in 1970, and The Radicalism of the American Revolution, winner of the Pulitzer Prize for History and the Ralph Waldo Emerson Prize in 1993. He has won many other awards in the past five decades from organizations such as the American Historical Association, the New York Historical Society, and the Fraunces Tavern Museum. Wood is a fellow of both the American Academy of Arts and Sciences and the American Philosophical Society. In 2014, his book, The American Revolution: A History, was on the New York Times bestseller list. 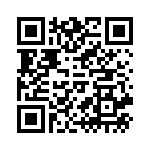